With the new changes coming in on the 1st of November with regards to First Aid Training. All delegates must again now demonstrate the giving of rescue breaths.

To ensure all our delegates feel doing this, we still have safety measures in place.

We provide an environment where learning takes place in a fun way, but all our delegates are made to feel safe.

There are still spaces available on the Level 3 Paediatric First Aid course.

This is being held at The Acorn Child Care Centre, Stamford, Lincolnshire.

This is an OFQUAL regulated course, recognised by OFSTED and Early Years.

After our period of dealing with COVID and adapting first aid training to accommodate the safety of all with regards to CPR and the giving of rescue breaths, the Resuscitation Council have now announced that on first aid courses all delegates must again demonstrate how to give rescue breaths when performing CPR (Cardio Pulmonary Resuscitation). All delegates must also show that they can perform 2 minutes of uninterrupted CPR as part of the assessment process to gain the qualification and be fully First Aid Trained.

I am pleased to say that we are now partnered with the Educational Hub and are looking forward to new opportunities ahead of us. Click here to go to the educational hub site.

Please read the link below to get the latest information with regards to First Aid provision in the workplace, and also a guidance to those whose qualification is due to expire. 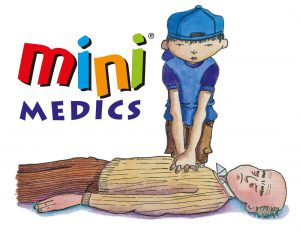 Did you know the success rate for saving someone who has suffered from a Cardiac Arrest through CPR in the UK is between 6%-8%.

Why do you think this is?

My opinion is because the majority of people in the UK, do not know how to respond in these situations. Majority of UK residents only attend First Aid courses if their place of work requests them to.

In Denmark, they have had a push on CPR training since 2005. Their success rate of getting people to hospital alive following a cardiac arrest has risen to 22%.

Children are taught CPR at primary schools. Teenagers require to do First Aid as part of their driving tests.

Contact us now to enquire about this program being brought into your school.

This valued skill, learned at a young age, taught to more people across the country could save more lives. You never know, it could be even yours.

The facts about giving rescue breaths.

I can’t tell you how many people  state to me they have been told on previous first aid courses, that they don’t do the rescue breaths anymore whilst performing CPR on a non- breathing casualty, or a casualty who is not breathing normally.

On all regulated courses the administration of the two rescue breaths has to be taught. All delegates to attain their qualification MUST demonstrate in training that they can perform the two breaths.

However in the real world, the administration of the two breaths is at the discretion of the First Aider.

It states in The Resuscitation Council Guidelines 2015:

Trained and able are the key words. If the casualty has vomit, blood, poison on their face, then unless the First Aider has a CPR face shield then they probably would be unable to do the rescue breaths due to risk of infection.

If there are burns to the face, broken jaw, then again the First Aider would probably be unable to administer the two rescue breaths.

If the First Aider is not able to give the rescue breaths, then they would continue with hands only CPR, and now doing uninterrupted compressions as much as reasonably practicable. CPR should not be stopped until help takes over, the casualty starts breathing again, or the First Aider is too exhausted to carry on.

Remember doing something is better than doing nothing. It gives the casualty a better chance of survival.

I would like to welcome you all to MJD Training, and a happy New Year to you all.

We pride ourselves on providing high standard of First Aid, Health & Safety, and Safeguarding courses.

The majority of our courses are taught onsite at our clients venues, at times that are suitable to them.

If you would like to enquire about our many courses, then please contact us now. We look forward to hearing from you, and welcome you to our family.

Welcome to WordPress. This is your first post. Edit or delete it, then start writing!